Welcome, and thank you for considering the NYIT-Vancouver campus as the gateway to your future. We have a proud history of achievement, as evidenced by our graduates, our academic programs, and our campuses around the world. 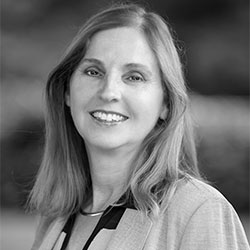 Founded in 1955 as a private not-for-profit university in the State of New York, New York Institute of Technology has a global vision of education with campuses in Manhattan, Long Island, Arkansas, China, Abu Dhabi, and here in Vancouver. As a global university, New York Tech allows students to move between campuses with complete internal transferability of credits. Students are thus able to experience and graduate with the same New York Tech degree from the campus of their choice.

Each program at our Vancouver campus is based on the same courses as the original program in New York. However, because we infuse significant local and international content throughout many of the courses, students are prepared to work anywhere in the world.

NYIT-Vancouver offers a variety of graduate level degree programs, such as our established Master of Business Administration, M.B.A. program (general M.B.A. or with a concentration in Finance), and our highly regarded Master of Science in Cybersecurity (M.S., Cybersecurity). We have also recently launched a Master of Science in Energy Management (M.S.-EM), which is dedicated to innovation in energy management and fits perfectly with British Columbia’s goals to become a world leader in this area. NYIT-Vancouver’s M.S.-EM is congruent with British Columbia’s energy policies while recognizing that students must also be employable elsewhere in Canada or globally.

British Columbia’s Ministry of Advanced Education has also recently granted consent for NYIT-Vancouver to deliver the Master of Science in Instructional Technology, Educators (M.S.-IT). New York Institute of Technology has created a uniquely practical curriculum to prepare students from the program to apply their skills immediately. This program will launch in September 2017.

NYIT-Vancouver is an important and valued member of Vancouver’s higher education community. We are collaborating with both public and private institutions and have formed partnerships with over 40 businesses and community partners. By joining us at NYIT-Vancouver, you will be part of an institution with a presence in both Atlantic and Pacific Gateway cities: New York, one of the planet’s greatest cities, and Vancouver, one of the world’s most beautiful and livable cities.

I look forward to welcoming you to New York Tech in Vancouver.